"The RANZCR Standards have recommendations on monitor deliverables. We’ve always needed better image quality, better resolution, and the ability to see more on our screens. EIZO has exceeded our expectations." 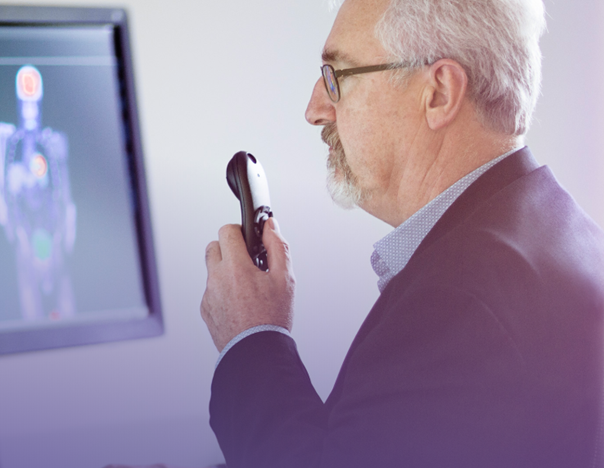 “To provide the best imaging services, we continue to invest in upgrading the infrastructure and related technologies such as Computer Aided Diagnosis”, says Robert Wood, Computed Tomography Technologist at Pacific Radiology.

Being an industry leader not only means providing the best services, but also setting the standards for industry best practice. While some service providers remained complacent, Pacific Radiology played a pivotal role by embracing RANZCR’s (Royal Australian and New Zealand College of Radiologists) 'Standards of Practice for Diagnostic and Interventional Radiology'.

Many non-diagnostic monitors, while making great claims, fail to comply with the RANZCR Standards.

“Our specialists have found off-the-shelf monitors to be unreliable, requiring repeated calibrations and inconsistencies across the screen”, said Robert.

“When applied to clinical environments, they have been found to fail on almost every guideline set forth in the RANZCR Standards”, he further emphasized.

When using off-the-shelf non-diagnostic monitors, specialists found that they didn't have reliable imaging chains, and there were inconsistencies when images were viewed from various Practices across the region. The monitors also tend to cost a lot in the long run. With poor after-sales support, when the monitors start causing problems, they must be replaced with new ones. The long-term cost of ownership, therefore, skyrockets.

Diagnostic monitors that adhere to RANZCR’s Standards save lives

“Non-compliance with the RANZCR Standards always increases the chances of a misdiagnosis.”

Using equipment that does not adhere with the RANZCR Standards increases the risk of a misdiagnosis.  A misdiagnosis can have serious adverse effects on the patient, specialist and practice. Off-the-shelf monitors that do not comply with the Standards do not accurately represent what is happening. This is a critical breakdown in the imaging chain.

Misdiagnosis, for a patient, is profound. It can have a drastic impact on the patient’s treatments and recovery time. This would lead to adverse effects for the specialists as well as the Practice.

In Pacific Radiology’s quest to be the best, it depends on diagnostic monitors that comply with the RANZCR Standards.

Pacific Radiology invited EIZO to be a part of its specialists’ workflows in 2009. Since then, almost 100 EIZO medical imaging monitors have been deployed, including the largest fleet of RadiForce RX850 8MP units in New Zealand.

“We use the RadiForce RX850 in high workload areas like multi-modality diagnostics and mammography. The monitor’s reliability has been proven, from the simplest ultrasound readings to complex mammography imaging, thus the preferred monitor by our team of radiologists.”

The RadiForce RX850 is known for its: 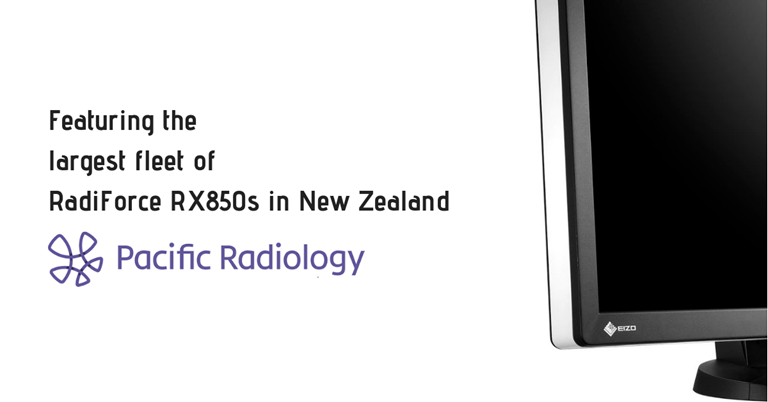 “You buy well, and you buy once.

We always seek the best means possible to produce the best imaging results. Be it diagnostic monitors, equipment, or great support staff, we always get the best, and EIZO monitors are a part of that.”