EIZO is Japanese for "image", and the name of one of the world's leading manufacturers of high-end monitor solutions.

Since our inception in 1968, we have been producing high-end monitors and other display solutions for markets such as graphics, business, healthcare, security & surveillance, air traffic control and many more. Although we serve a plethora of clients from a number of industries and countries in Asia Pacific region, our mission has remained unchanged -  to create imaging solutions that enrich people in the professional and personal lives.

The EIZO Corporation was founded in 1968 and is headquartered in Hakusan/Ishikawa, Japan. The company is listed on the Tokyo stock exchange.

EIZO is represented by its regional offices and exclusive sales partners in over 80 countries. The close-knit distribution network provides proximity to customers and enables rapid delivery of high-end monitor solutions with comprehensive service. EIZO currently employs more than 2,238 employees worldwide.

EIZO in the Asia Pacific

EIZO is represented in 12 countries in the Oceania region via offices in Sydney, Australia and Singapore, and a wide distributor network.

The majority of sales and marketing activities are bundled under EIZO APAC. The headquarters are located in Sydney and our subsidiary, in Singapore.

EIZO can look back on decades of experience in developing, producing, and selling first-rate monitors – and it possesses the corresponding expertise. 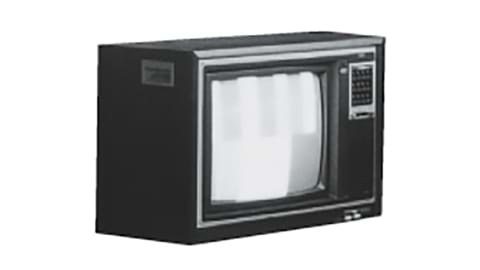 Black and White TVs
Eizo Nanao Corporation was founded as Hakui Electric Corporation in the quiet city of Hakui, Japan. EIZO began as an original equipment manufacturer (OEM) of black and white televisions.

Name change
The company changed its name to Nanao Corporation.

Table top gaming monitors
EIZO entered the gaming market by beginning the manufacture and sale of tabletop video arcade machines. An EIZO table top was used with one of the 20th century's most recognizable arcade games: Space Invaders.

Hardware and now software
EIZO acquired Irem Corporation, a maker and purveyor of software for home and industrial use. Integrating its hardware and software expertise would become the core of EIZO's business model in the years to come and remains that way today. 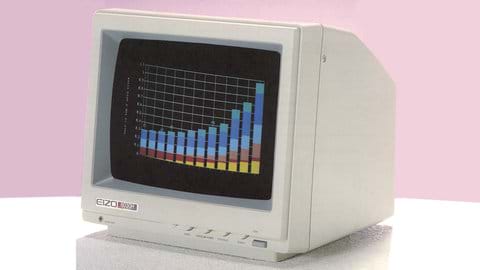 New brands
After 17 years as an OEM manufacturer, the company began a new chapter in its history by selling its display monitors under its own name – or two names as it turned out. For the North American market, the company founded Nanao USA Corporation in California (now operating as EIZO Inc.) and sold its monitors under the NANAO brand name. In Europe, the company took a different route and chose the brand name "EIZO," which is the Japanese word for "image".

The first EIZO/NANAO monitors had 12- or 14-inch screen diagonals as well as a “compact design and low weight.” Particularly worth mentioning: Back then, the monitors had an “ultra-high resolution of 700 pixels x 400 lines,” according to a product brochure for the 8040 model.

New facilities, new headquarters
To accommodate continuing growth, EIZO built new global headquarters and a research and development facility in Hakusan, Japan, next to a plant it opened in 1981. The following year, EIZO added a second plant. 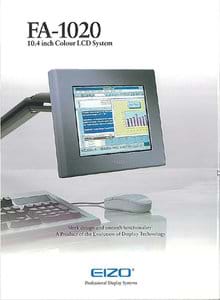 NANAO in Japan
After seeing its products appear on the shelves of Tokyo electronics stores as "reverse imports," the company began the sale of CRT display monitors for personal computers in its home market of Japan under the NANAO brand name.

LCD monitor production
Advances in LCD technology combined with a demand for more space-efficient monitors made it feasible to begin mass production of LCD monitors for PCs. EIZO brought one of the first LCD products to market with the 13.8-inch FlexScan L23.

World's thinnest desktop LCD monitor
When LCD monitors first became widely available in the late 1990's, their bezel widths rivaled those of CRT monitors. EIZO changed all that with the release of the FlexScan L675, the world's first thin-bezel desktop LCD monitor. With a bezel width of what at the time was a revolutionary18.5 mm, the L675 was an instant hit in trading rooms and back offices.

Medical market
With the rapid digitization of images in the medical field, EIZO entered the medical imaging market with its RadiForce line of monitors.

LCD monitors for color professionals
Although the migration to LCD technology in the corporate world was well underway, professionals in color-critical fields such as pre-press and photography were still clinging to their aging CRTs. EIZO made it safe for them to finally make the switch when it introduced its ColorEdge series – the world's first line of LCD monitors specifically targeted at graphics professionals.

Back to the beginning
EIZO returned to its roots as a TV manufacturer with the introduction of the FORIS line of LCD TVs in Japan.

Later this year, EIZO acquired the medical monitor business of Germany's Siemens A&D and established a new subsidiary, EIZO GmbH, in Karlsruhe, Germany. Through this acquisition, EIZO expanded its presence in the medical market, strengthened its R&D expertise, and now had production capability in Germany.