ColorEdge in Action at the Bauer Media Group

The Bauer Media Group is one of the most successful media companies in the world. The group has a global audience of millions with more than 600 magazines, over 400 digital products, and 50 radio and TV stations. It’s not surprising that such an important media company would use quite a few ColorEdge monitors.

The Bauer Media Group in Hamburg, Germany, currently uses approximately 100 ColorEdge monitors. Many graphics monitors can of course be found in the photography studios and numerous editorial offices, where titles such as the magazines BRAVO, InTouch, and AUTO ZEITUNG are produced. 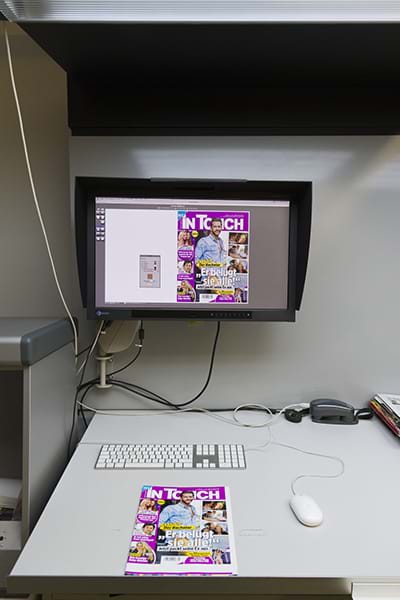 Yet numerous EIZO monitors such as the ColorEdge CG277 are also used at the in-house publishers. “We chose the CG series after extensively testing monitors from various manufacturers. These monitors came extremely close to the hard proof references in terms of color after calibration to standard parameters,” explains Rainer Hamann. Hamann is responsible for color management at the Bauer Media Group. By replacing expensive, time-consuming hard proofing with soft proofing on the EIZO monitor, the company was able to reduce production costs and above all save time during the tightly-scheduled printing process.

Rainer Hamann has also come to appreciate another key advantage of the ColorEdge CG product range, in addition to the color accuracy for image reproduction. “What is particularly interesting is the option of automatic calibration for a large number of monitors, which simplifies the process of regular monitor adjustment.” Once the monitors have been calibrated and set up with the easy-to-use EIZO calibration software ColorNavigator, they independently ensure that the image display matches the defined target parameters.
The overall package of image quality, uniform color reproduction, an attractive price-performance ratio, and the ColorNavigator calibration software provided is ultimately why the Bauer Media Group continues to use graphic monitors from EIZO and expand its stock of monitors with the latest devices. 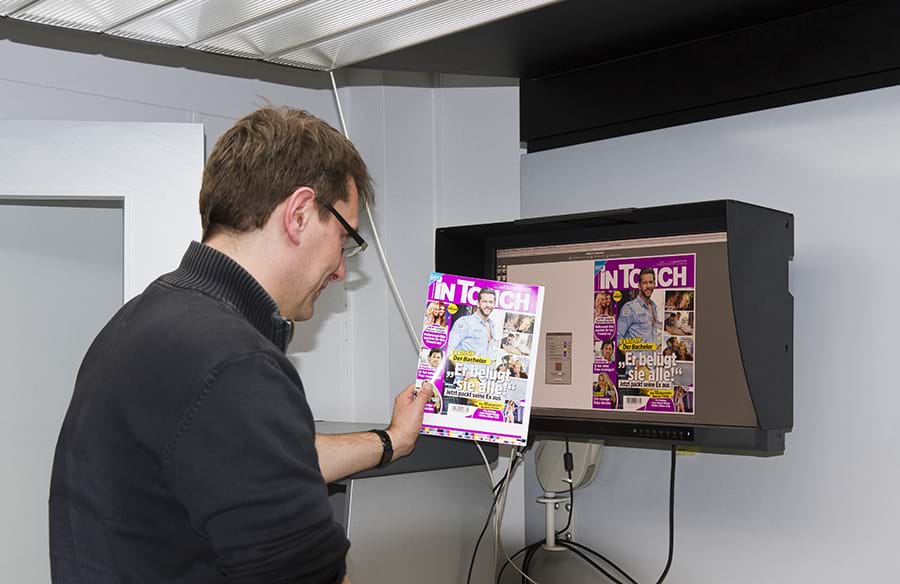