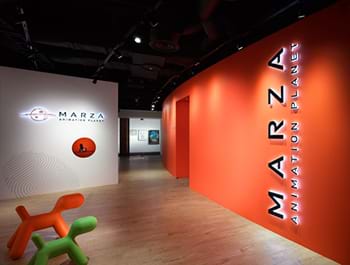 Marza reduced monitor management by 90% after implementation while overseeing operations at multiple domestic and overseas locations.

Could you tell us about Marza Animation Planet’s team organization and production environment? 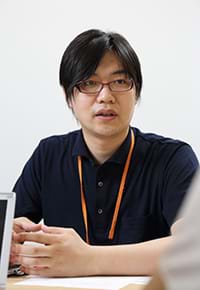 Since installing a total of 55 CG275W monitors in 2011, we’ve gotten monitors that can do hardware calibration for the teams that need precise color. These monitors are mainly from EIZO, with some Dell and Wacom (LCD tablets) monitors in there as well. Our company primarily does movie work, but our work encompasses a wide variety of fields, including games, events, or theme park rides.

Our in-house equipment is mostly geared toward movie production, so we use the same type of projector as is used for post-production, and we’ve put together an environment here to let us check our work in the same way as is performed in the post-production process, which comes after what we do. We’re often working on multiple varied projects simultaneously, and we use the same equipment for checking things beside movies, like event animation or theme park ride movies. As for our projector, because the brightness is inconsistent, we do a calibration once every three months. To observe the projector’s brightness changes, we have a ColorEdge monitor behind it, and the monitor is set up to display the same thing that’s on the projector screen to compare and see if we’re starting to get any discrepancies, and when they start to happen we adjust the projector’s brightness. 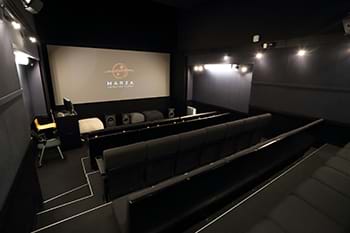 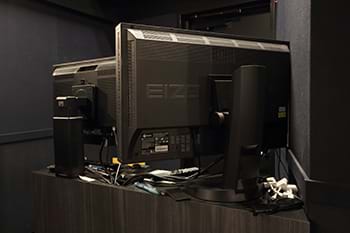 What made you decide to install ColorEdge monitors?

As Digital Radiology has come to dominate mammography, the amount of time spent in front of a screen has also dramatically increased, according to Dr. Linver: “It’s the number one activity of being a radiologist anymore – our time in front of the monitor.”

In describing EIZO’s monitors Dr. Linver said, “I’m just thrilled that they have made this commitment to excellence and that they continue to push the envelope on how good monitors can be, because I’m no better than the images that I see on the screen and the better they are, the better I can be for my patients and for my profession.”

What standards do you use for your calibration targets?

Could you tell us about why you chose to try ColorNavigator Network from the start, as well as your feelings on using it?

For a while, I’d wanted an environment where I could check all of our monitors’ states and adjust settings at the same time.

We tried it out on three computers: one running Windows, one running Linux, and one Mac. The first thing I noticed was that the initial setup was much faster than anything I’d ever used before. We had three custom calibration target settings, and in ColorNavigator 6, which we’d been using up to that point, the initial setup and calibration for each of these three targets would take 30 minutes, and even if we did the setup simultaneously, we still had to go through this process for 55 monitors.

Also, when we would start a new project, we would have to change the calibration settings on each of our production monitors, and even with the built-in calibration sensor on the ColorEdge, it would still take 30 minutes to do five of them. (And before even that, back when we had to do software calibration, it would take a whole hour for each monitor…)

Being able to take care of target calibration in a single go with ColorNavigator NX has been great. When we then installed ColorNavigator Network, sending all of the settings out at once felt especially convenient. The initial setup with ColorNavigator NX takes maybe three minutes for five machines; we can set up all of the monitors we have here in around half an hour. We can go and set them all to do initial settings, and then after they’re done we can send instructions over the network. Then, if you see that you aren’t getting results back from some of them, you just have to check whichever ones had issues. You don’t have to calibrate each monitor one by one and wait until it’s finished. Even if we add more in the future and bring the total number up to 100 monitors, once the initial settings are done, it’s possible to do the calibrations all at the same time, and that’s really appealing.

Even if you consider the time and effort needed to change over from our current ColorNavigator 6 to ColorNavigator NX, I feel it’s a necessary solution for working on multiple projects at the same time.

When working concurrently, you need to be able to do multiple color management tasks. Even within the same team, there are times when they need to use different color settings for their work environments depending on the day, and so I think that being able to quickly change color settings is vital. Being able to switch color modes at the press of a button with ColorNavigator NX has been incredibly convenient. In ColorNavigator NX, the calibration settings are linked with the color mode selected on the monitor, and I can change the name to match the project, which has made things easier to understand than in ColorNavigator 6. Also, the CG275W monitor that we already have has a hardware limit of three calibration targets for color mode settings, so it might make things kind of tough if we don’t switch to the new CG277or CG247. Being able to have 10 different settings on the CG277 would be really convenient.

In ColorNavigator 6, even if you do the periodic automatic calibration with the internal sensors, various factors like the PC changes that I mentioned earlier can cause some monitors to wind up not being adjusted. I would say that being able to see at a glance whether calibration was successful or not has been a major benefit of installing ColorNavigator Network.

In ColorNavigator Network, do you lock the control buttons on the production monitors?

What do you think of the administrative privileges for ColorNavigator Network?

I handle the settings. However, for the adjustment result checks, I’m thinking of handing over the authority to the team leaders on a group level. It’s each designer’s job to take responsibility for the product they’re working on, so I think it’s best that the team leaders check that there aren’t any problems with what they’re using the monitors for. At the moment, I take care of calibration work, but I’d like to be able to leave that to the teams in the future.

Is there anything you’d like to see in ColorNavigator Network?

Do you have any thoughts on using ColorNavigator Network in the future?

After establishing our own Network environment, I’d like to make our settings public. It would benefit everyone to be able to say, “For our work, we’re using ColorEdge with these settings for the production environment, and you can check our work from far away and know that you’re seeing the exact same thing that we are.” Communication between branch offices or between companies would be much easier. It is likely that the greater the distance, the greater its value would be.

Now, granted, you’d have questions like whether to show a project name or not, or whether or not to make equipment names public, but you could, for instance, have settings to be used as standard, and maybe be able to provide instructions to import those settings, or something. In the CG industry, you aren’t just working within your own company, or even just domestically: more and more, we’re seeing jobs that involve international collaboration, so if you could display things with the same managed color settings as your collaboratorsr that would be such a relief.

Thinking about communication and collaboration between different companies, even if we didn’t have multiple ColorEdge monitors, I think there would still be great benefits to implementing ColorNavigator Network. We have a branch office in America, and they have a CG246 monitor there. I find myself wondering if I would be able to do the calibration settings without flying to America [laughs], so in the future I’d like to include overseas locations among the multiple locations I can supervise the operations of.